Before development, the closed territory that borders the Kalamaja Cemetery Park and the picturesque urban area of wooden buildings in the district of Põhja-Tallinn, and which was used for military purposes during the Soviet era, contained an asphalt-paved site used for driving lessons, plus a number of buildings and ruins, most of which were demolished. Under the detailed spatial plan prepared by K-Projekt, the property was divided into multiple plots and building rights were established for the construction of eight up to four-storey apartment buildings with commercial premises and seven up to three-storey apartment buildings. The central element of this modern residential area is a U-shaped street, partly reserved for pedestrians only, which was named Vibu (English: Bow) Street by a decision of the city council. The semi-circular public square enclosed by the U-shaped structure is organically tied to the adjacent park (which used to be a cemetery) – combined, they form a large public area for pedestrians. The architectural design of the new buildings was not developed as a replication of the historical milieu of the Kalamaja subdistrict; instead, cohesion was sought to achieve through details and accessories – through construction materials that are characteristic of the area. 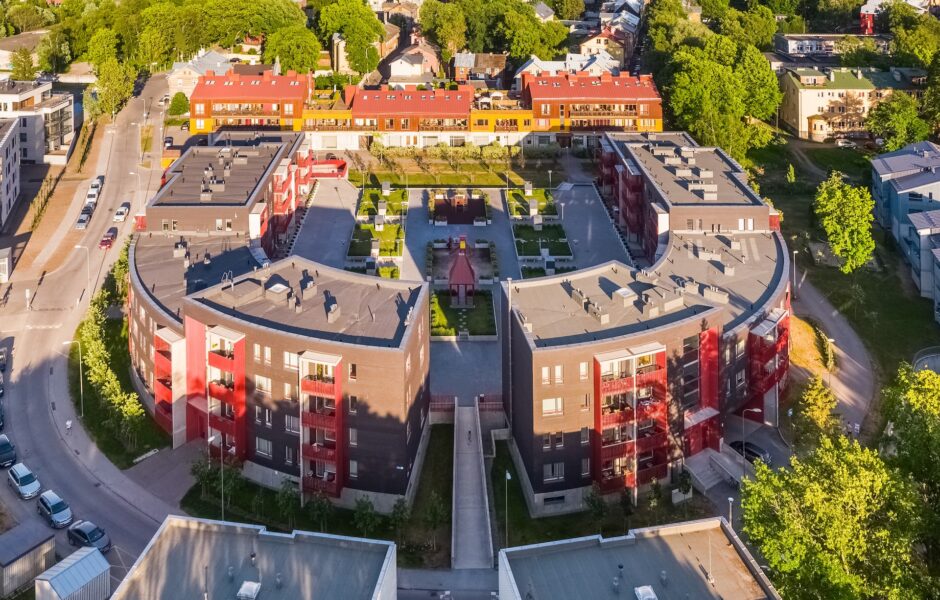 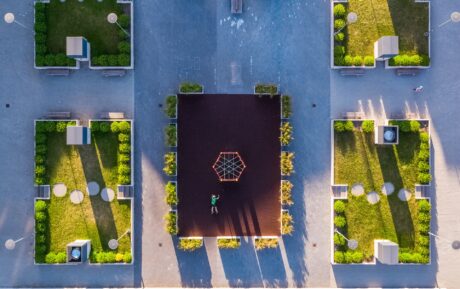 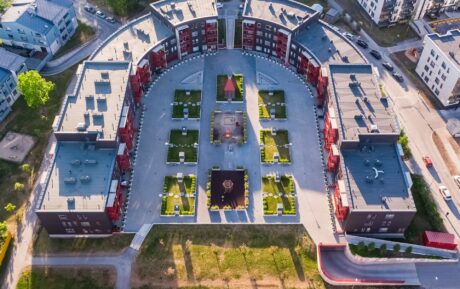 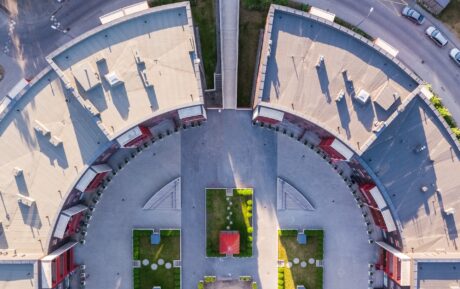 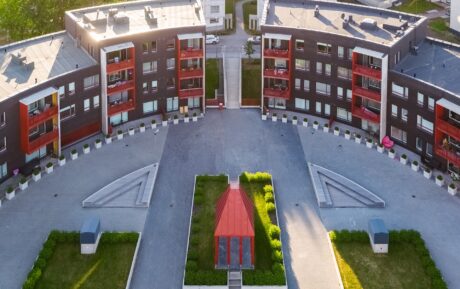 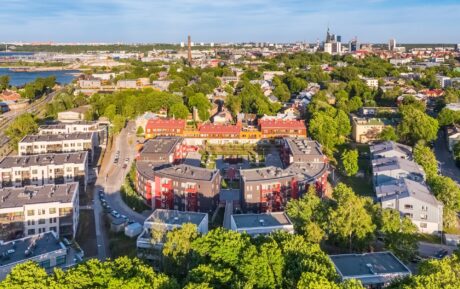 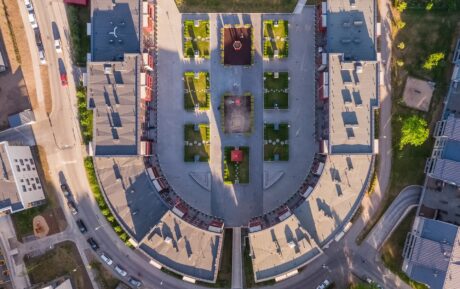 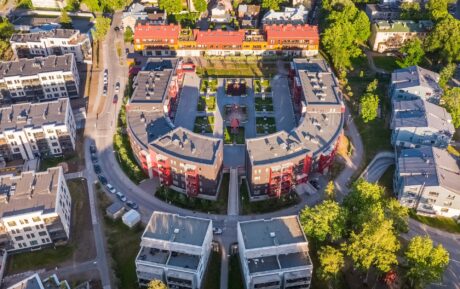 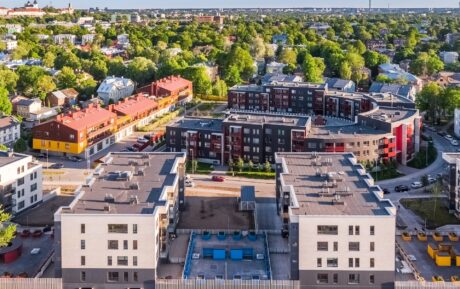