In the course of the reconstruction of the Ülemiste traffic junction, additional facilities for stormwater drainage needed to be constructed. In the past, Kadriorg Park, which is not far from the Ülemiste traffic junction, included a system of drainage ditches and canals, which were planned to be restored in part, but the problem was getting water into the canals. Thus, designs were developed to provide solutions to two problems: a stormwater drainage system was built for the Ülemiste traffic junction and the system of canals and ponds in Kadriorg Park was restored to receive the water drained off. Under the project, 1.8 km of piping was installed, canals and cascades were built from concrete, totalling approximately 1.2 km, and ten bridges for non-motorised road users were designed. A circular canal was restored in its historical location in the lower garden in front of the Kadriorg Art Museum, and the concrete structures of the canals were finished with granite stones excavated during the construction of the canals. Additionally, an artificial pond was built, as well as a cascade that brings a charming stream of running water to the park. Concrete elements were skillfully used to add new dimensions to the landscape and the historic structures. The designs developed addressed stormwater drainage, canals, the roads and utilities necessary for the functioning of the stormwater drainage system, as well as roads and utilities that were in the way of the construction of the stormwater drainage system or the canals. 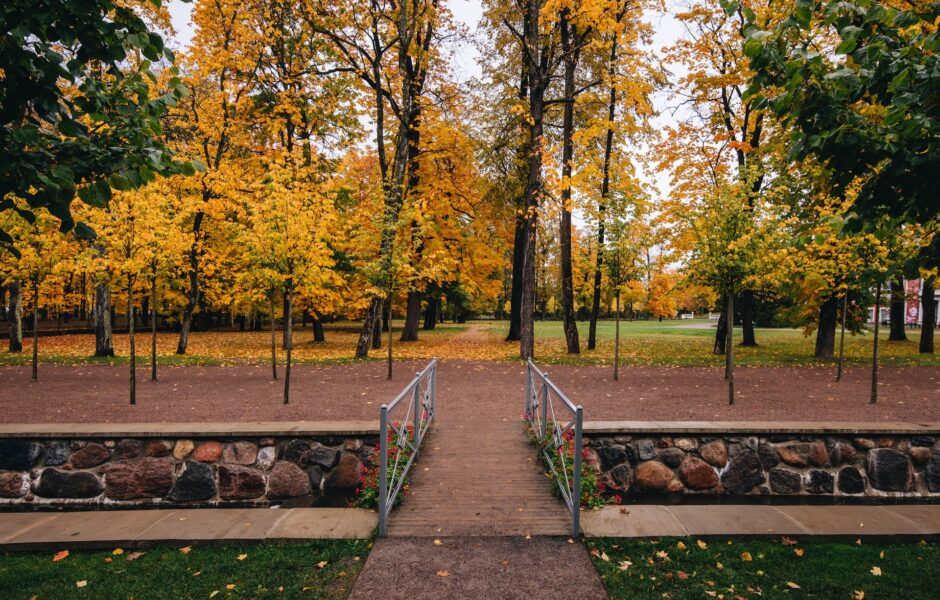 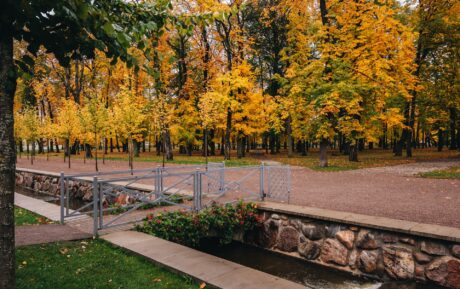 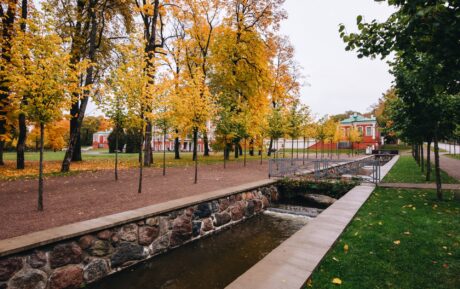 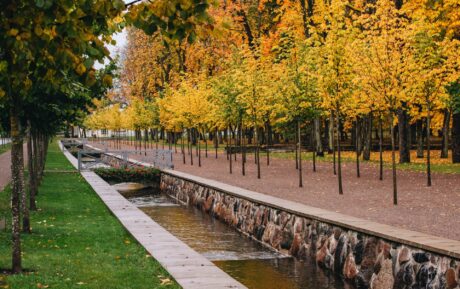 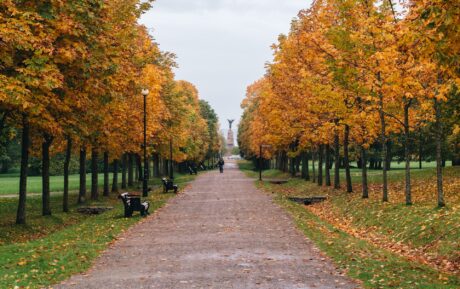 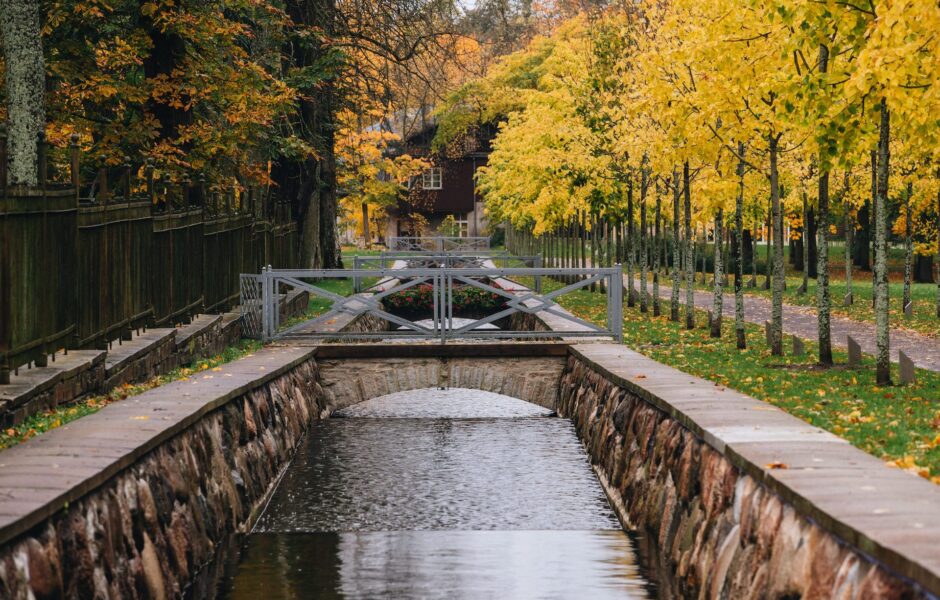 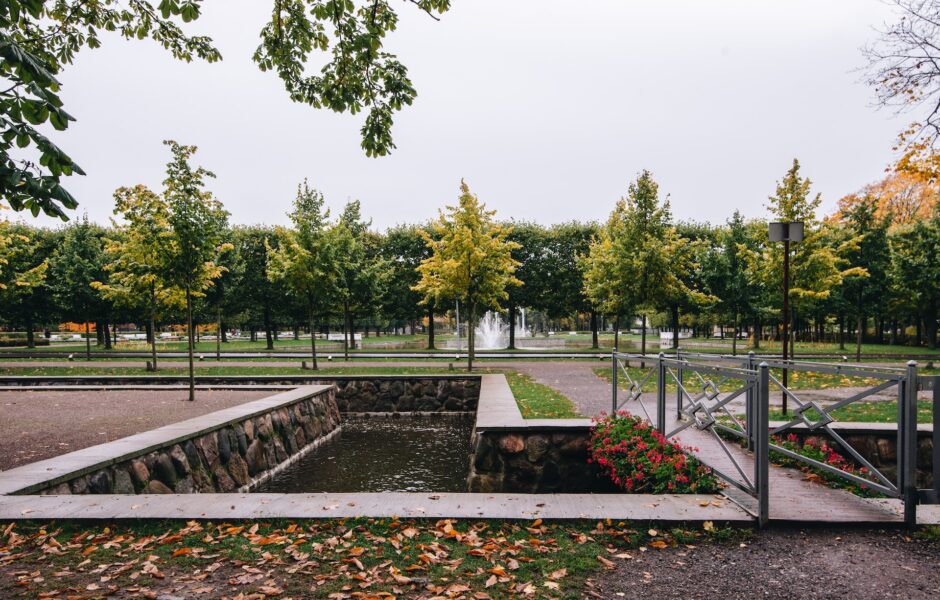 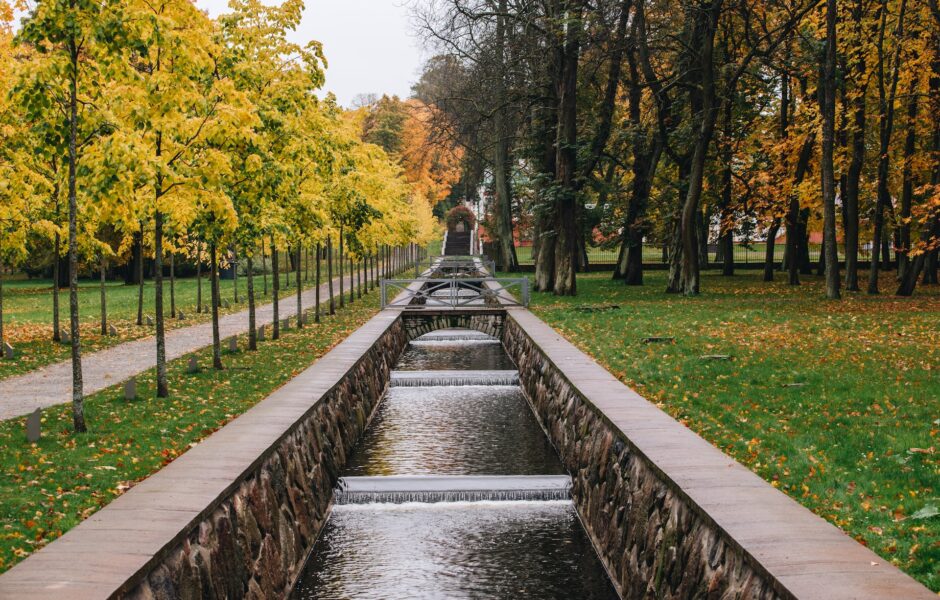 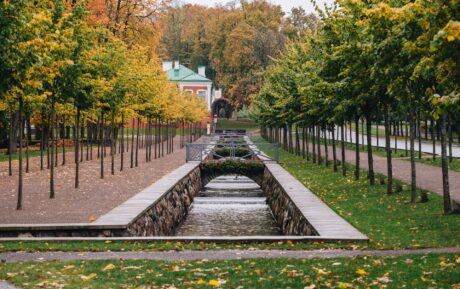 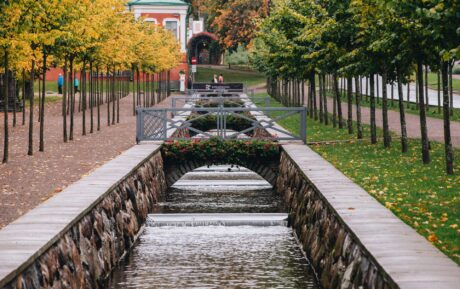 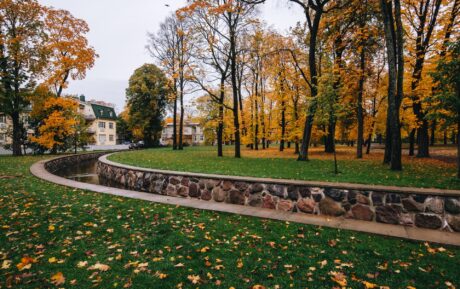 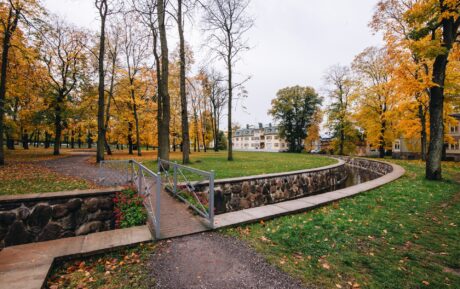