The Haabersti junction was the largest and busiest traffic junction in the Haabersti district of Tallinn and the most dangerous junction in Tallinn. Approximately 4,300 cars passed through the junction during the morning rush hour and nearly 5,000 during the evening rush hour. In 2013, it was the site of a total of 221 traffic accidents. The Haabersti district, particularly the vicinity of the street of Rannamõisa tee, contains some of the city’s most important residential development areas, meaning that both the number of vehicles and the traffic load at the junction are likely to increase even further in the future. Thus the site was chosen to be the location of Estonia’s first three-level interchange, which was to include dedicated lanes for public transport to increase connection speeds and streamline traffic flows, as well as provide a network of shared-use paths and tunnels to offer a safer traffic environment for pedestrians and cyclists. The junction was designed as a traffic light controlled turbo-roundabout, the central structure of which is an approximately 800-metre-long viaduct crossing the roundabout to link Paldiski maantee with the Haabersti district. Design work commenced in 2015 and the junction was completed in 2018. 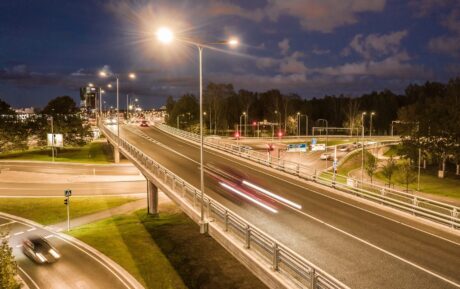 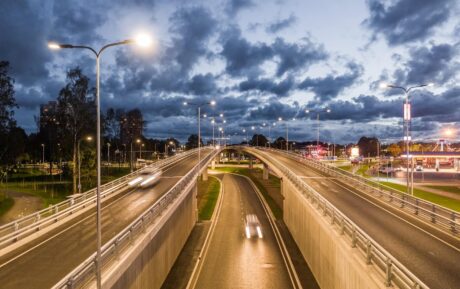 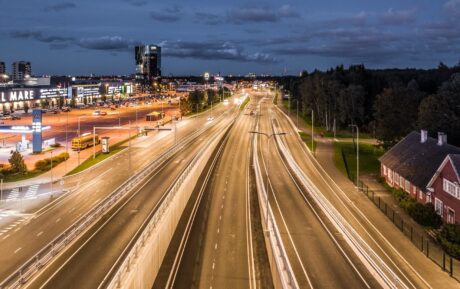 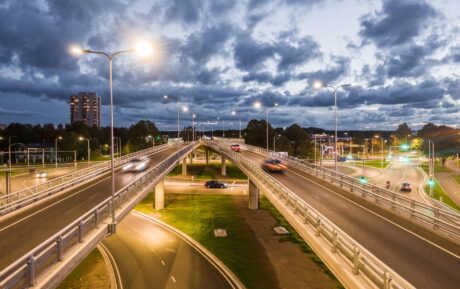 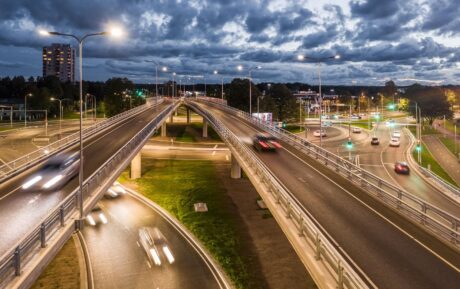