As, in the early 1990s, the collections, departments, and subdivisions of the Estonian Art Museum were scattered across more than twenty locations in the capital, the Supreme Council of the Republic of Estonia, by a decision of 12 November 1991, instructed the government to arrange for the construction of a new building for the art museum. The location on the Lasnamäe Klint was chosen in 1991, after which a public architectural competition was organised. The first prize was awarded to Finnish architect Pekka Vapaavuori. K-Projekt prepared the detailed spatial plan for the 5.8-hectare plot reserved for the art museum in Lasnamäe, between the streets of Mäekalda, A. Weizenbergi, and Laagna tee. The detailed spatial plan established the boundaries of the plot as well as the building rights for the construction of the art museum building. Construction began in 2002, for which K-Projekt also prepared various design documents, primarily concerning the water supply and sewerage routes, as well as the construction of a parking lot next to the new museum. The elegant building, which was named the Kumu Art Museum following a naming competition, opened its doors on the morning of 18 February 2006. The nearly 25,000-square-metre museum building contains seven floors, two of which are underground, and features an atrium that rises through the entire building. Merko Ehitus, the company that built the building, won the builders’ special award at the 2005 Concrete Structure of the Year competition. Detailed spatial plan for the area between the streets of Mäekalda, A. Weizenbergi, and Laagna tee Detailed spatial planning initiated on 22 November 2000, plan adopted on 21 February 2002 Operational design for the parking lot of the new Estonian Art Museum building Design period: 2002–2004 Operational design for the street-side stormwater sewerage route for the new Estonian Art Museum building Operational design for the street-side water supply and sewerage routes for the new Estonian Art Museum Building Design Period: 2001–2002 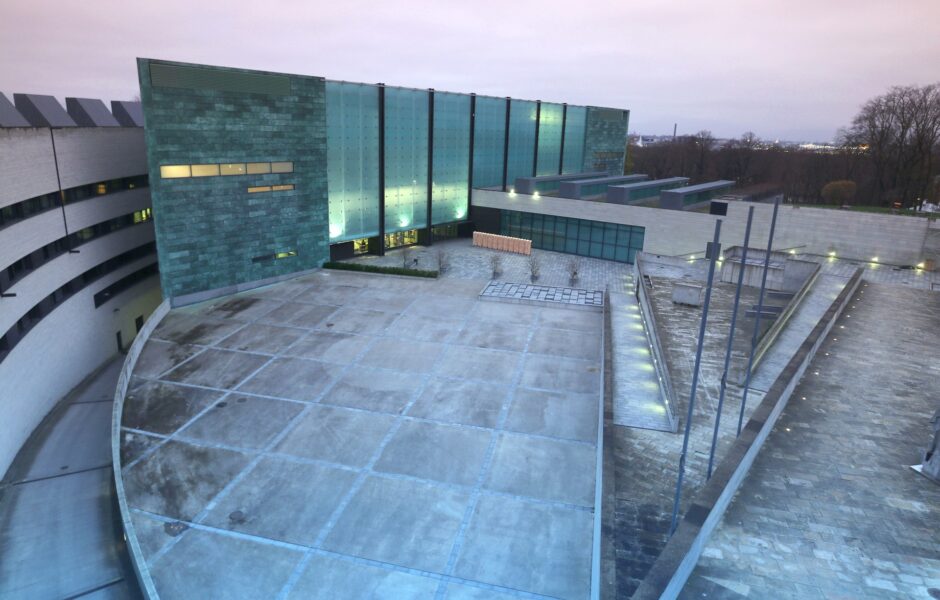 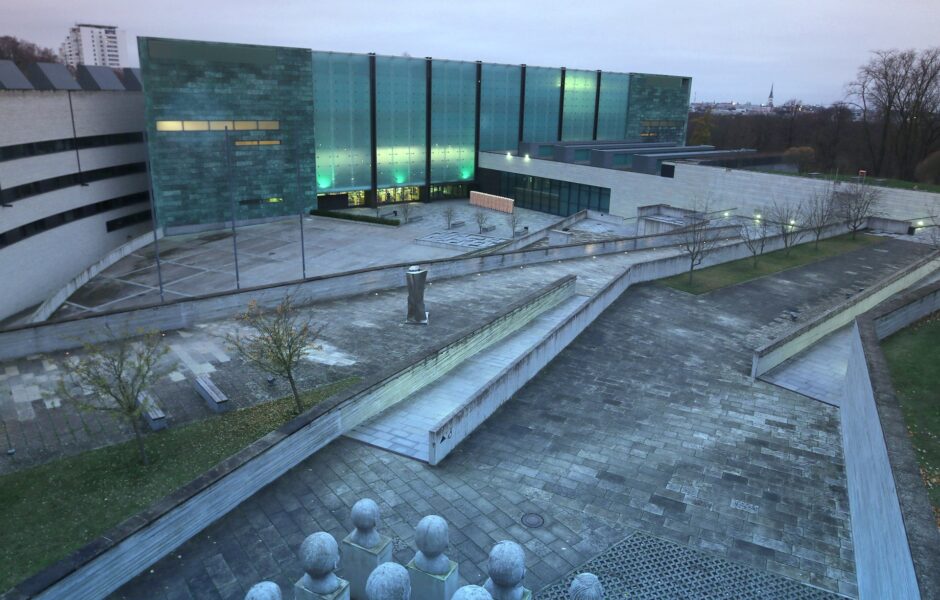 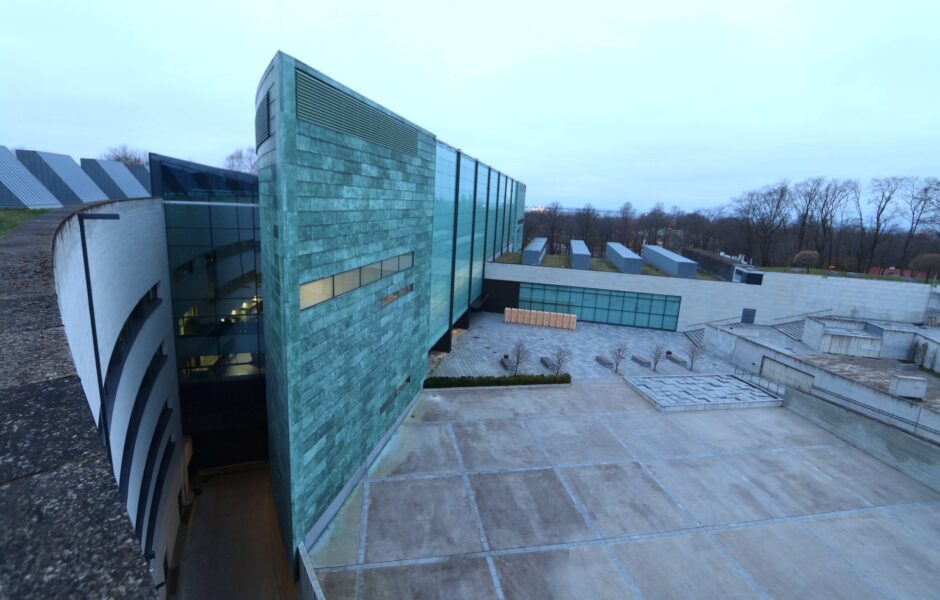 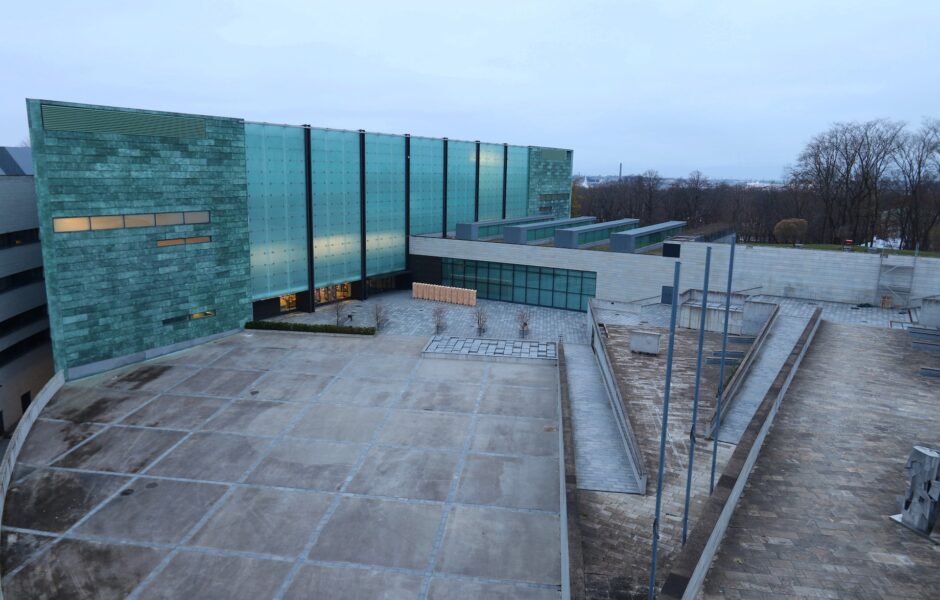 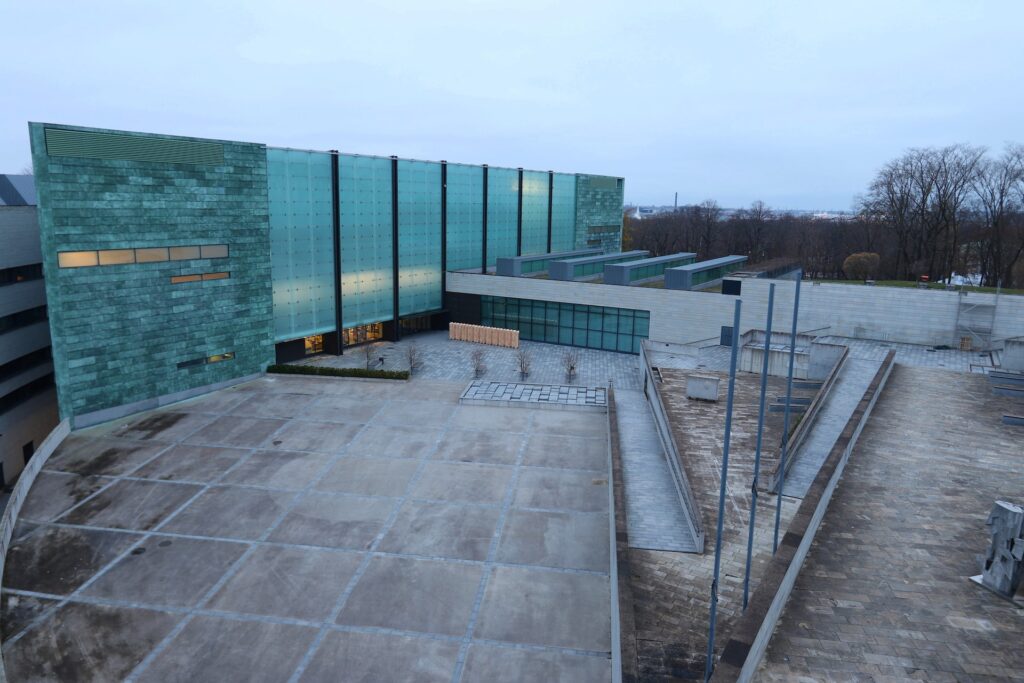