The property at Pärnu maantee 141 , situated at the intersection of Pärnu maantee, A. H. Tammsaare tee, and Järvevana tee contained a paved area with a deteriorated filling station complex. The developer wished to divide the property into multiple lots to build a new automatic filling station and, next to it, a high-rise building with commercial premises on the lower floors and offices on the upper floors. As the high-rise building was to stand at the intersection of several major roads in the city and become an important landmark in the area, an architectural competition was launched, which was won by architects Jüri Okas and Marika Lõoke. On the basis of the concept design they had developed, K-Projekt prepared a detailed spatial plan in 2006, under which building rights were established for the construction of an up to 14-storey commercial building on one of the two plots and a filling station on the other. The building design documentation for the high-rise was also prepared by architects Jüri Okas and Marika Lõoke. K-Projekt was responsible for the technical designs: the connection design, vertical planning, accessways, and external utility networks. The building was named Delta Plaza in reference to its triangular floor plan. Detailed spatial plan for the property at Pärnu maantee 141 and the vicinity Planning initiated on 21 December 2005, plan adopted on 28 June 2006 Office building at Pärnu maantee 141 Design period: 2006 Building architect: Architectural firm J. Okas & M. Lõoke Client: Linnamaa Kinnisvara OÜ / E.L.L. Kinnisvara 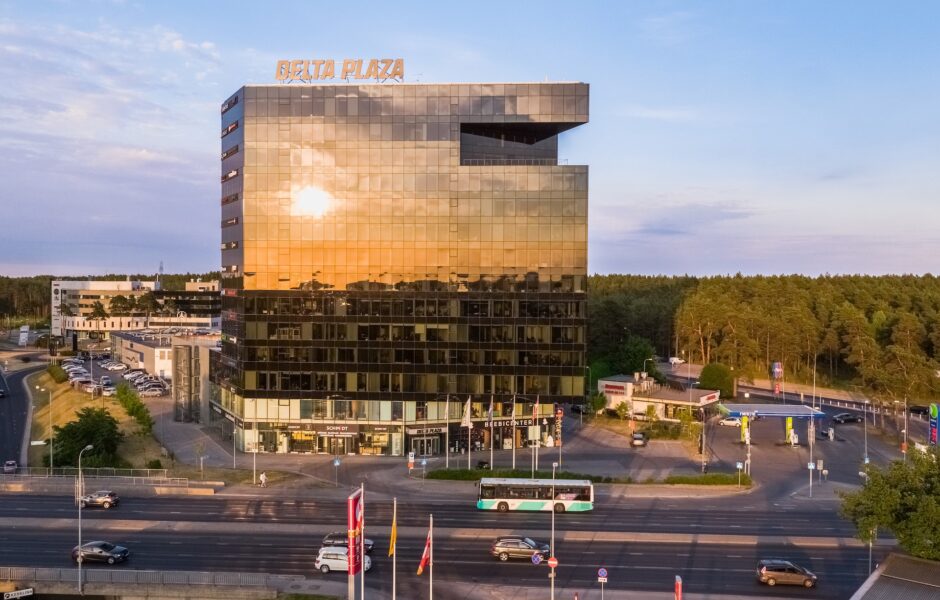 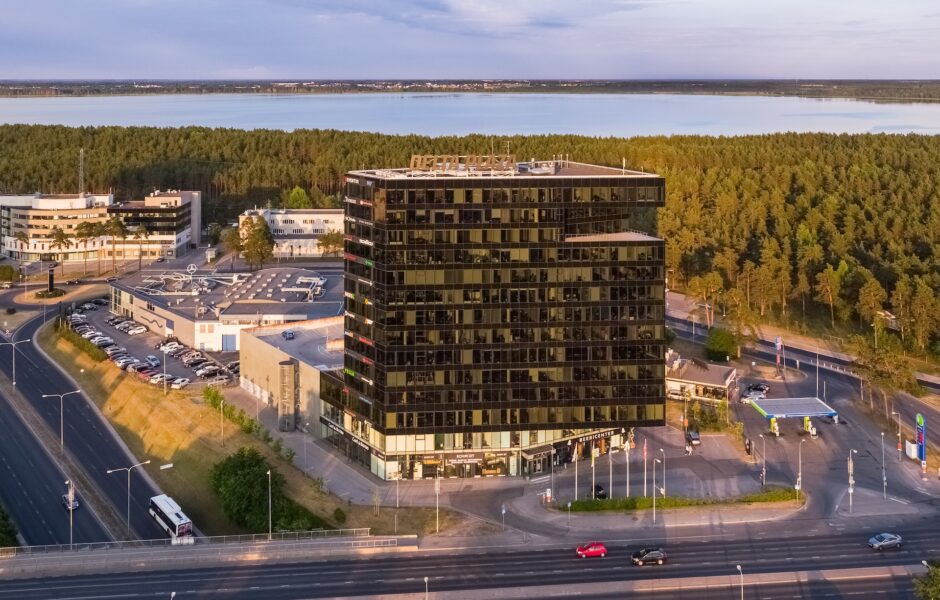 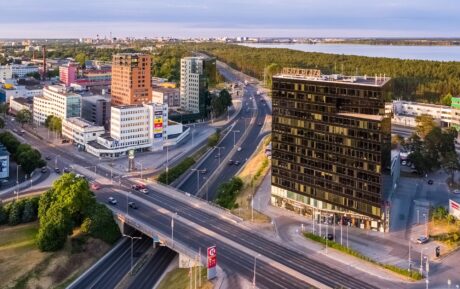 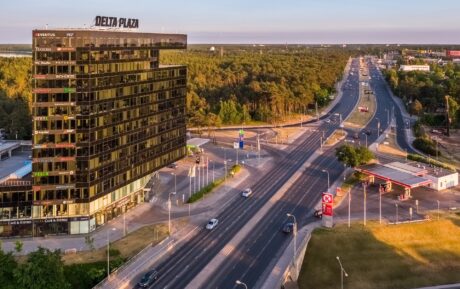 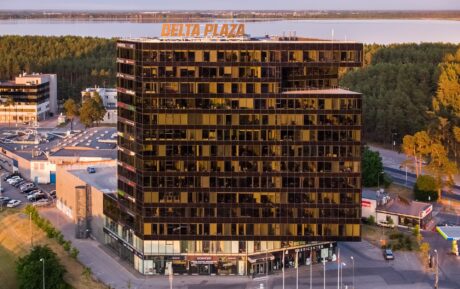 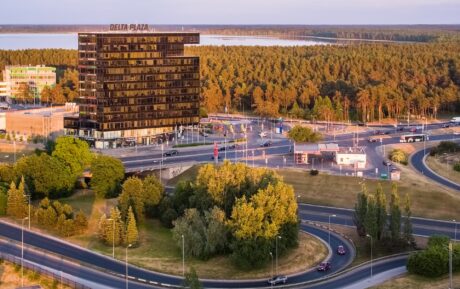 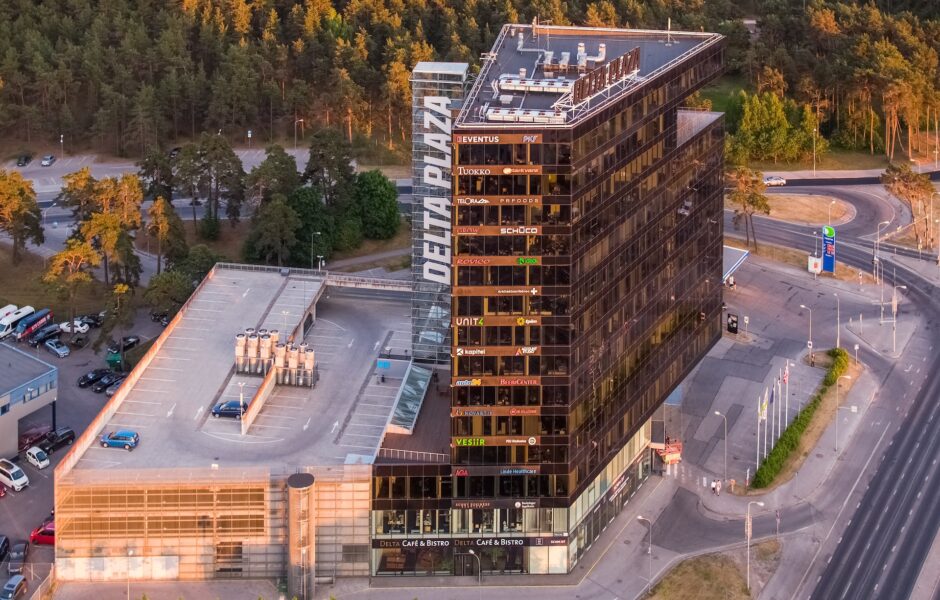 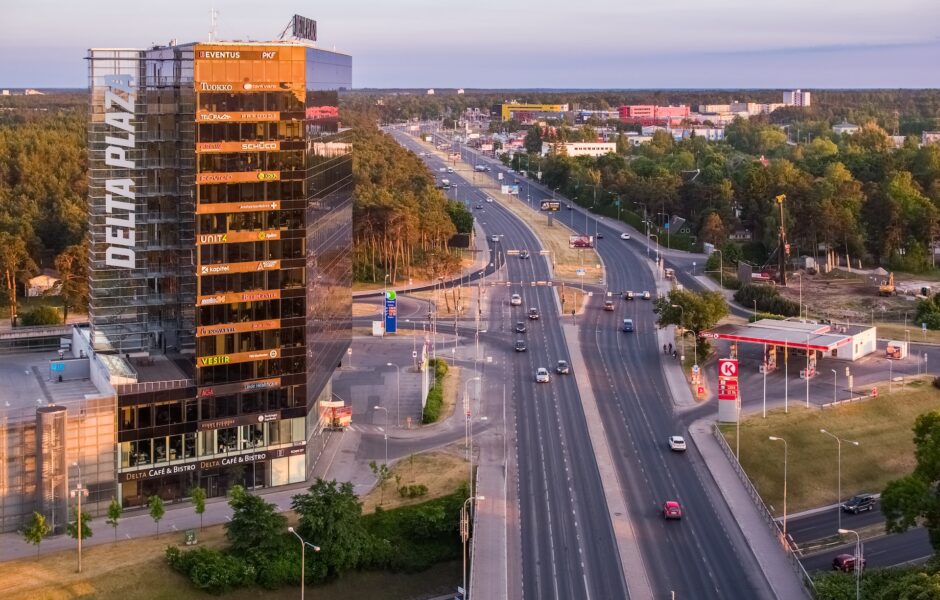